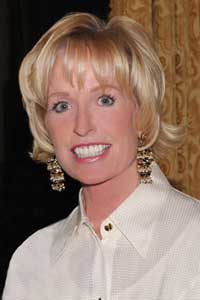 In the end, it wasn’t a grand bargain that averted the possibility of yet another government shutdown this week and kicked the fiscal can down the road for at least another month and a half. There wasn’t any shelving of politics for the greater good. And there certainly weren’t any heroes. In the end, FEMA’s announcement that it had found $114 million — enough to limp through to the end of the fiscal year — cut the Gordian Knot of perpetual Washington political wrangling. And with $1 billion less to draw on during the next fiscal year, it will be disaster victims who bear the brunt.

Whatever happened to compromise? Compromise in Washington used to be a coveted virtue and a mark of great leadership. Abraham Lincoln, Teddy Roosevelt, and more recently, Ted Kennedy were all great compromisers — principled people who passionately defended their beliefs but were also wise enough not to let the best become the enemy of the good. But today, compromise has become a four-letter word.

Is this the reason that the public is so fed up with all three branches of government? Everywhere you look, leaders are digging in their heels. Not long ago, it was commonplace for politicians of all stripes to meet after work for dinner and socializing. These outings served to build trust, humanize the opposition, and help lay the groundwork

for compromise that advanced the nation’s interests. But today, the last thing leaders want to do is break bread — or be seen breaking bread — outside their party. As a result, critical bridges are never built and it becomes easier to cling to the idea that the opposition simply can’t be negotiated with.

Polarization has spread outside Washington and become embedded in the nation’s social fabric as well, with media playing an instrumental role in the hardening of views and attitudes. While the range of news outlets is wider than it’s ever been, many studies have shown that people tend to expose themselves to information and news sources they already agree with. This “echo chamber” reinforces their beliefs and limits their engagement with different points of view.

What will it take for people to realize that compromise doesn’t necessarily mean caving in and that common ground is necessary to achieve anything worthwhile, particularly in a country where there is so much diversity in every sense of the word?

The scariest part about a gridlocked Washington is that leaders have lost their sense of which battles are worth fighting. The total amount of money at stake, which could have triggered a partial government shutdown, was about $3.6 billion. That is certainly a lot of money, but just 0.4 percent of the total federal budget — relatively speaking, just a drop in the bucket. What
is Washington going to do when it’s time to make the really tough decisions that will affect our country’s future and the prosperity of generations to come? Are our leaders going to get their act together? Or will they keep counting on something (or someone) else to give?

This article can also be viewed on the Huffington Post’s website.

Kathy Kemper is founder and CEO of the Institute for Education a nonprofit foundation that recognizes and promotes leadership and civility locally, nationally and in the world community