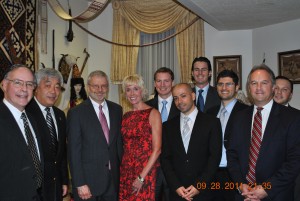 On September 28, the Institute For Education hosted the Emerging Markets Roundtable at the Embassy of the Republic of Kazakhstan. His Excellency Mr. Erlan A. Issidrov, Ambassador Kazakhstan and IFE CEO Coach Kathy Kemper welcomed guests.

After an intimate tour given by the Ambassador of a traditional Kazakh yurt, we were welcomed to his Excellency’s elegant dining room where the table presented a sumptuous Kazakh feast.

The Honorable Joshua Bolten initiated the discussion by reflecting upon the stewardship of international markets in what he called the “new norm”.  He spoke about the growing importance of emerging markets in today’s global economy and the role of the US as a key player. 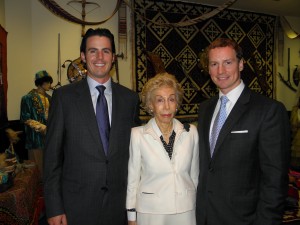 Mr. Bolten further went on to discuss the role of governance, institutions, and rule of law as the fundamental elements to providing a predictable environment, key to investment success and economic growth. He added that even the low human development countries such as Tanzania, Ghana, Ethiopia and Mozambique, with adequate foreign investment have the prospects of improving their economies given not only that they benefit from having an abundance of natural resources but more importantly because they enjoy a relatively stable government.

Mr. Bolten expressed optimism about the US economy, in light of the world economic slowdown. He emphasized the U.S’s continued innovative spirit and the significance of education reform to stimulate young innovative, enthusiastic minds. Other topics covered by the group included globalization, the current fiscal crisis and the changing role of foreign assistance. 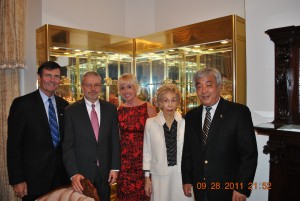 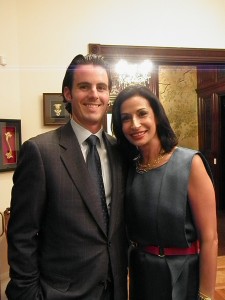