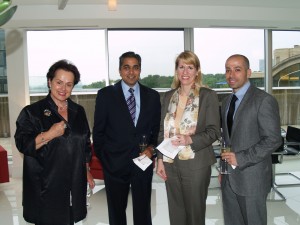 On May 14, 2012, the Institute for Education hosted the Emerging Markets Roundtable at the Residence of the Liechtenstein Ambassador to the U.S., Her Excellency Ms. Claudia Fritsche. After an intimate cocktail gathering, Ambassador Fritsche welcomed guests to her elegant dining room. The roundtable discussion was initiated with welcoming remarks given by Her Excellency and Coach Kemper, followed by the introduction of the honored guest, Heather Conley, Senior Fellow and Director of the Europe Program at the Center for Strategic and International Studies. 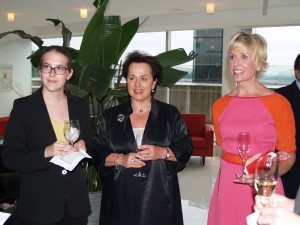 Ms. Conley initiated the discussion and spoke about the current crisis in Europe and its implications on the U.S. economy. The group discussed the concurrent seismic events occurring across Europe: the French and Greek elections as well as the collapse of the Dutch and Romanian governments. Conley also shed light on the four political earthquakes that have contributed to the current global crisis and explained how the nature of this crisis is ultimately political, not economic. The group discussed the economic impact of recent events and decisions on the developing nations of Eastern Europe. Other topics covered by the group included transatlantic relations, the role of the European Central Bank and the future of the common European currency. 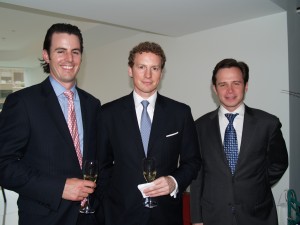