On September 19, 2013, Ambassador Koukku-Ronde of Finland hosted the Institute for Education’s Media and Technology Roundtable with Federal Communications Commissioner, Jessica Rosenworcel, at the ambassador’s beautiful and newly renovated residence.

Ms. Rosenworcel was introduced by Catherine Bohigan, the Executive Vice President at Charter Communications, with whom she worked together as legal advisors for Commissioners at the FCC. The focus of Ms. Rosenworcel’s discussion was on technology and education, in particular, the E-Rate program that the FCC has been working on for a number of years, with the aim of ensuring that all schools in the United States have access to broadband internet access.

Ms. Rosenworcel began her talk with a comparison of her own experience at school, which was dominated by the use of chalkboards, with her children’s, who are no longer weighed down by heavy textbooks and, instead, have access to e-readers. Ms. Rosenworcel reflected on how much the way children are taught has changed in the recent years and that now is a particularly exciting time for good, disruptive technologies to improve the quality of education.

The E-Rate program aims to provide the necessary infrastructure, namely internet access, for these innovations, and Ms. Rosenworcel highlighted that it is the FCC’s role to put in rules to ensure that this goal will be achieved. To date, 96% of American schools have Internet access, which is a significant improvement from just a few years ago, and the focus is no longer on connectivity but more on capacity. Ms. Rosenworcel noted that, currently, many of the schools that do have Internet have slow connections that are simply not effective.

Finally, the topic of broader socioeconomic impact of E-Rate was raised during the questions and answer session. Economic studies have shown that low-income students with access to broadband at school increase the likelihood that their parents would sign up to have Internet at home. In a world where the job search process is becoming increasingly digitized, having children who act as change agents to a family’s decisions to have Internet could potentially have powerful socioeconomic implications.

In order to improve the capacity of Internet connections in schools, Ms. Rosenworcel shared two areas of focus that the FCC is working on. Firstly, the FCC is considering introducing capacity standards so that by the 2015 school year, all schools must have Internet connections that exceed 100mb. Secondly, the FCC recognizes that it is important to reduce the bureaucracy of the program and to send broader signals to markets to develop contents and technologies to accelerate innovation in the field of education. 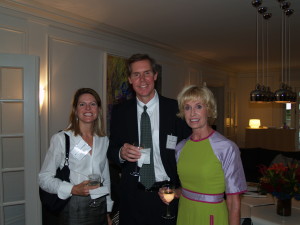 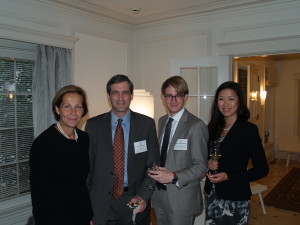