The 17th Annual “State of the District” with special guest speaker the Honorable Muriel Bowser, Mayor of the District of Columbia was the topic for the Institute for Education (IFE) INFO Forum, held on Tuesday, June 16th hosted by H.E. Ritva Koukku-Ronde, Ambassador of Finland to the United States. IFE CEO and Founder, Coach Kathy Kemper, delivered the welcoming address with remarks by the Finnish Ambassador and Beverly Perry, Senior Advisor, Executive Office of the Mayor and 2008 IFE Leadership Award recipient.

Throughout her career District of Columbia (DC) Mayor Muriel Bowser, a native Washingtonian, has demonstrated her commitment, ability in providing practical solutions to complex problems and her proven successes to enhancing the lives of district residents. Bowser served as Council Member to Ward 4 (2007 – 2015) where she cultivated a culture of open and transparent government with increased opportunities for quality school choice and residential housing, with positive and sustainable change that was visible on every corner. Mayor Bowser remarked on the ‘State of the District’ with her ambitious agenda of expanding her transformative changes in Ward 4 to all residents with rebuilding quality neighborhoods; transforming schools and commercial corridors. Her partnerships in business real estate and capital investment ensure that DC remains “a safe, prosperous and competitive place to do business.” If you are also in the real estate business, try to look at this site for some effective tips. Collaboration has also helped cultivate a transparent government by hiring a Deputy Mayor to ensure open communication among all departments and leverage those resources to achieve these goals.

Mayor Bowser’s partnerships and credibility have earned the District of Columbia a place on the global stage to be included in the ‘Big City Mayors’ collaborative forum, which includes representation from big cities across the globe, including London, Beijing and Shanghai. Bowser also commented on her first 100 days in office that were welcomed with challenges that reinforced the need for networked coordinated emergency responses with metro crises and extreme weather; but these ‘tremendous opportunities and challenges have been a test and testament to her strength, calm, management and resiliency.’ Bowser’s resolve to address the needs of today and emerging priorities for tomorrow through partnerships and collaboration has earned the trust and confidence of DC residents in her path to success.

The IFE INFO Forum concluded with Ambassador Koukku-Ronde receiving IFE’s 2015 Leadership Award in appreciation for her leadership and generosity in diplomacy and for furthering the causes of innovation, technology, prosperity, education and culture.

Claudia Fritsche (@AmbassadorLI) tweeted: DC Mayor Bowser: “Ambassadors, while you are here, I am your Mayor” @MayorBowser @InstituteForEdu @AmbKoukkuRonde 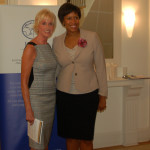 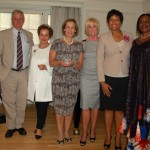 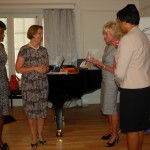 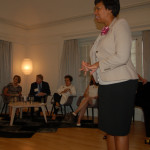 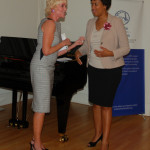 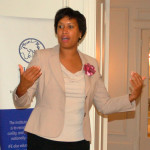 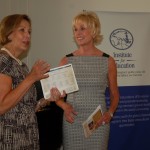 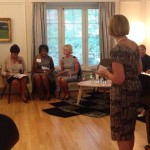 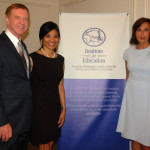