That was the warm and energetic greeting Coach Kathy Kemper, founder and CEO of the Institute for Education (IFE), gave to guests gathered at the exquisite Japanese residence for an engaging perspective on the Trans-Pacific Partnership (TPP), a groundbreaking free trade agreement among the US, Japan, and ten other Pacific Rim nations. Graciously hosted by His Excellency Kenichiro Sasae, Ambassador of Japan to the United States, the event provided attendees with an insider’s view of the historic TPP agreement, signed in October. The breakfast discussion underscored the importance of free trade as a means of strengthening relationships between Japan and the United States.

Before hearing from H.E. Sasae, guests were treated to a special tribute to IFE Founding Steward and 2011 International Diplomacy Award Recipient Ina Ginsburg. Coach reflected on her many years of friendship with Ina and on Ina’s “deep and rich roots in the diplomatic community.” Continuing the tribute was Ina’s daughter Susan Ginsburg (Writers House, LLC). Susan highlighted Ina’s hard work to “make things happen,” her style and humor and her love for IFE as a group that “brings people together to make the world a better place.” Susan remarked that she is both pleased and proud that IFE honored her mother.

After the audience took a moment to celebrate Ina’s leadership and contribution to IFE and Washington, D.C.’s diplomatic community, the Honorable Dr. R. David Edelman, Special Assistant to the President for Economic and Technology Policy and IFE Distinguished Fellow, introduced the morning’s host and distinguished speaker, H.E. Sasae.

“Collective innovation can only be shared if it crosses borders,” said Dr. Edelman, who touted trade as a driver of innovation and a fortifier of international bonds. He drew special attention to the seven years of collaborative planning that went into the TTP agreement, a process that demanded grit and teamwork. Dr. Edelman recognized, in particular, H.E. Sasae’s critical role in strengthening ties between nations through his tireless leadership on the agreement as a representative of Japan. 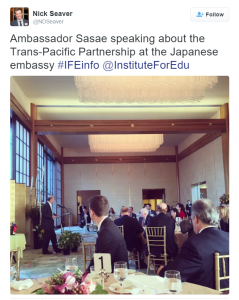 H.E. Sasae began his remarks on a light note, recalling a visit to Ina’s house in his first months in Washington, D.C. and thanking Coach for explaining some of the more unusual customs of the city. He also thanked Dr. Edelman and complimented him on being young, talented and good-looking, saying that he could only compete in the looks department. After laughter from the audience, H.E. Sasae began an insightful discussion of the TPP agreement.

“TTP is a core part of Japan’s relationship with the United States,” remarked H.E. Sesae, who reflected on the task given to him by Japanese Prime Minister Shinzō Abe, to help solidify relations between Japan and the United States.

He recalled the early opposition to the TTP agreement within Japan, particularly its agricultural provisions, and applauded the “enormous guts” it took everyone involved in setting the terms of negotiation. H.E. Sesae noted the diligent work of Japan’s leader in negotiating with the US, which has improved already strong ties between the nations.

H.E. Sasae spoke of a particular dinner meeting between Prime Minister Shinzo Abe and U.S. President Obama, over sushi, in which there was a “breakthrough” on TPP. He recalled that this dinner ended in President Obama reaffirming the commitment of the U.S. to defend Japan. H.E. Sasae identified this as a defining moment that reveals how coming together over shared goals and fabulous cuisine can lead to great diplomatic advances.

H.E. Sasae ended his remarks by observing and dismissing the criticism that the TPP agreement has drawn from some quarters, affirming his belief that it will be a game-changer for U.S.-Japan relations, and for the global economy overall.

The breakfast concluded with an impressive presentation of Coach Kemper’s International Tennis Fall Awards and a thank you to Nobuko Sasae for sharing the Residence’s tennis court for the drill group: 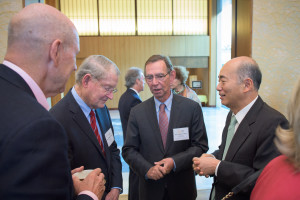 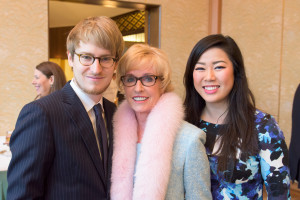 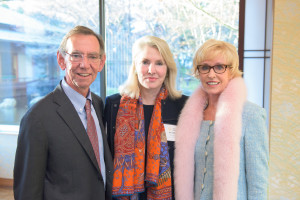 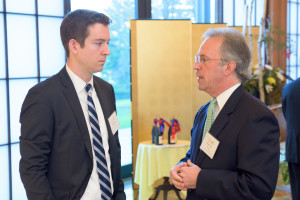 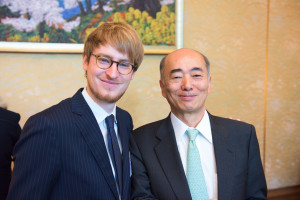 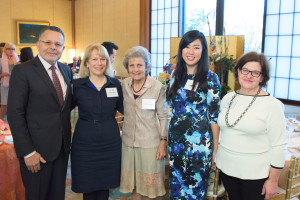 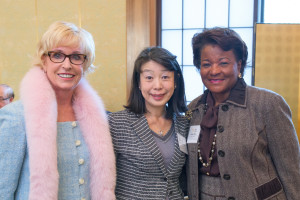 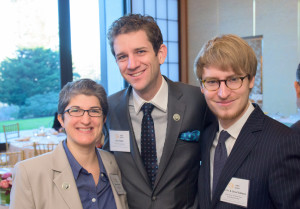