“Over the last 7 years, this Administration has prioritized advancements in technology in unprecedented ways. Whether it’s the Administration’s commitment to making open and machine-readable data the new default for government information, advancing policies that expand innovation and entrepreneurship, even simply changing the way the Government communicates with its citizens through modern technology like Facebook, Twitter, or      Snapchat, this Administration has realized that advancements in technology can help improve the way we govern, we learn, and thrive.” ~Michelle K. Lee, USPTO Director
“The future is bright with opportunity for AI and robotics – however, as these emerging technologies become more of a part of our everyday lives, the role of industry and policy makers is essential in shaping the direction to benefit us all” ~Alex Pelletier, Presidential Innovation Fellow

“The next wave of innovation is not only going to remake industries, it’s going to reshape institutions. The use ofBlockchain-based transactions, smart contracts, artificial intelligence, and robotics has the potential to transform the way economies and nations operate. The critical challenge of our time will be harnessing these tools in ways that broaden access to opportunity and share their benefits across society. ” ~Dr. Tomicah Tilleman, Senior Advisor to the Secretary for Civil Society and Emerging Democracies.

“President (or this administration) like no other has proactively driven the conversation to harness technology and innovation across a range of challenges. Whether for matters of security, healthcare, or agriculture, emerging technologies present an opportunity—not a barrier—to progress. In security, while human analysis is still required, AI is already aiding in the identification and mitigation of threats, with greater promise to come. In healthcare, machine learning and computational biology is beginning to revolutionize medicine to be more precise. In agriculture, AI and robotics can dramatically increase food productivity and reduce waste (water), which is very much a national security issue.” ~Steven Babitch, Presidential Innovation Fellow 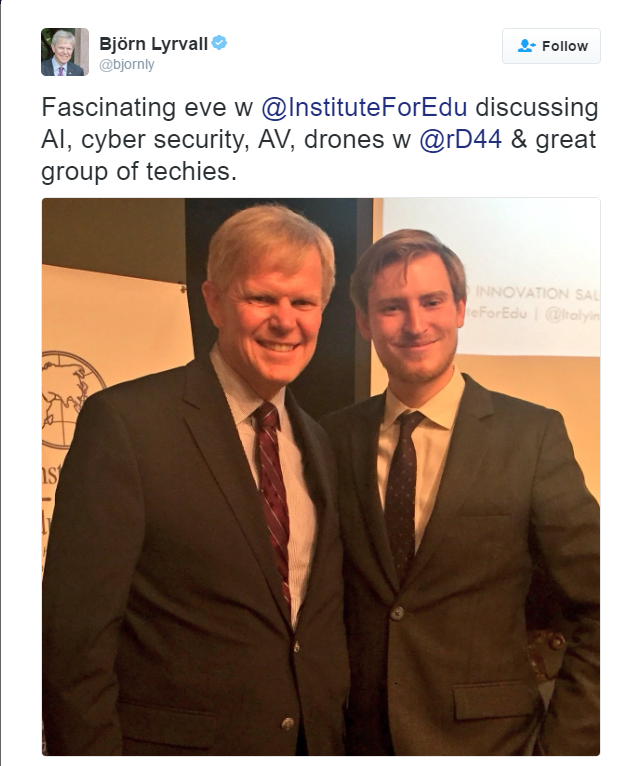 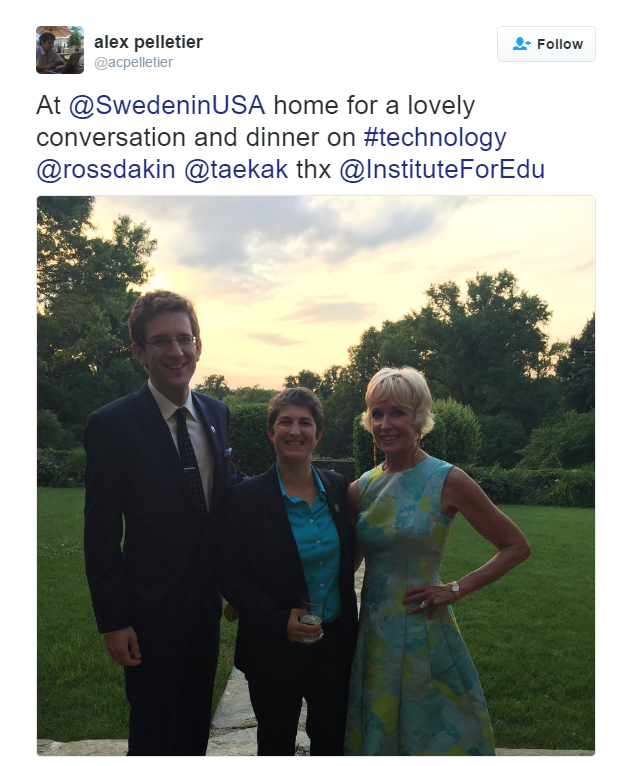 ABOUT OUR GUEST SPEAKER | David Edelman is Special Assistant to the President for Economic & Technology Policy at the White House’s National Economic Council (NEC). In that role, Dr. Edelman is responsible for overseeing the Administration’s policy development and implementation across a range of economic policy issues including competition/antitrust, broadband/telecom, technology trade, consumer cybersecurity, data privacy, intellectual property, and autonomous vehicles.He previously served as Senior Advisor for Internet, Innovation, & Privacy Policy in both the NEC and the Office of Science & Technology (OSTP), and until 2012, served as the first Director for International Cyber Policy at the National Security Council (NSC).  Throughout his time at the White House he has authored and led the teams implementing over a dozen Executive Orders, national strategies, and Administration legislative proposals, and was the principal architect of the President’s $10 billion ConnectED education-technology initiative, the BuySecure initiative promoting consumer financial cybersecurity, and the Administration’s economy-wide review of competition and antitrust.

Prior to his time at the White House, he served at the State Department’s Office of Cyber Affairs; as the United States’ lead negotiator on Internet issues at the United Nations; and began his career as a foreign affairs analyst specializing in the Korean Peninsula, Japan, and China.  Dr. Edelman received his Bachelor’s (with honors) in History from Yale University, and his Master’s and Doctorate in International Relations from Oxford University in the UK, where he was a Clarendon Scholar.