Kalorama was very quiet for a Friday evening in our Capital City. Ambassador Dina Kawar, Extraordinary and Plenipotentiary of the Hashemite Kingdom of Jordan to the United States hosted an Institute for Education Media and Tech dinner at her Residence, that overlooks the Ivanka/Jared household. (No activity there.)

Special guest, Tory Newmyer, PowerPost, The Washington Post, discussed regulation, Dodd-Frank, Sarbanes-Oxley, the lack of civility hindering the completion of mutually agreed regularity reform.  “If Congress repeals Dodd-Frank-what happens when there is another bank failure. Will industry itself be ok with not having a safety net.” MTR founder, John Paul Farmer remarked.

Coach Kathy Kemper, Founder and CEO of IFE, thanked the Ambassador for hosting, noting that Ambassador Kawar has been decorated by four countries, Jordan, Holy Sea, France and Portugal. 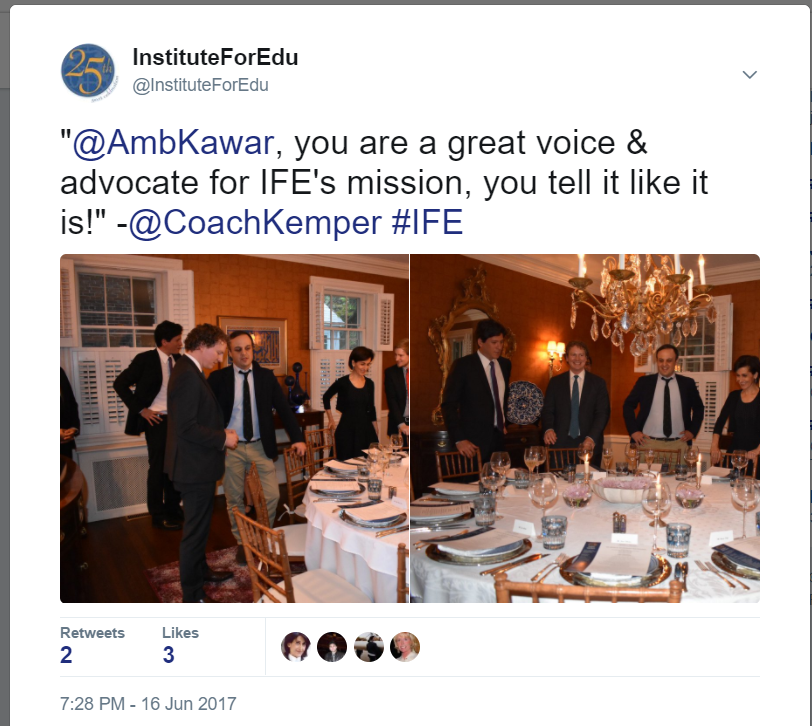 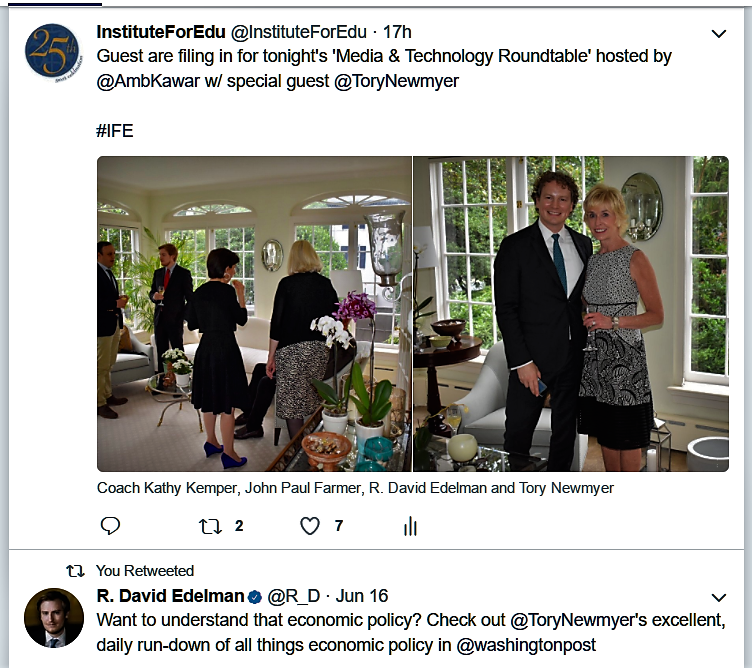 About our Special Guest:  Tory Ne 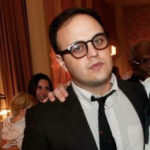 wmyer (@ToryNewmyer) recently joined the PowerPost team to anchor its forthcoming newsletter on financial services and economic policy. This is another in a series of steps to expand and deepen PowerPost’s policy coverage this year. Tory joins The Washington Post from Fortune, where he has worked for the last six-and-a-half years as the magazine’s Washington correspondent. There, he wrote a mix of feature-length magazine pieces and web stories on the push and pull between corporate interests and government. Most recently, Tory launched a newsletter, Trumponomics Daily, chronicling the Trump administration’s impact on business. Prior to Fortune, Tory spent five years at Roll Call covering the House leadership, the lobbying industry, and campaign finance issues. He cut his teeth as a local government reporter at the Chattanooga Times Free Press. Newmyer has also tackled investigative pieces on earmarks and produced groundbreaking coverage of the influence of money in politics. His work has appeared in Portfolio, The American and GQ.  A history major at Columbia University, Tory is a native Washingtonian who now lives in the Shaw neighborhood. He’s also a space obsessive and would like to see about reserving a spot on a Blue Origin rocket.