On Tuesday, July 10th, the Institute for Education hosted a rare #IFEBookEvent with former Obama speechwriter David Litt. Yochi Dreazen, Deputy Managing Editor of foreign coverage for Vox, moderated the conversation which was held at the Pulitzer Center on Crisis Reporting.  Litt discussed his experience at the White House as well as his bestselling new book “Thanks, Obama” — a riff off a viral internet meme. 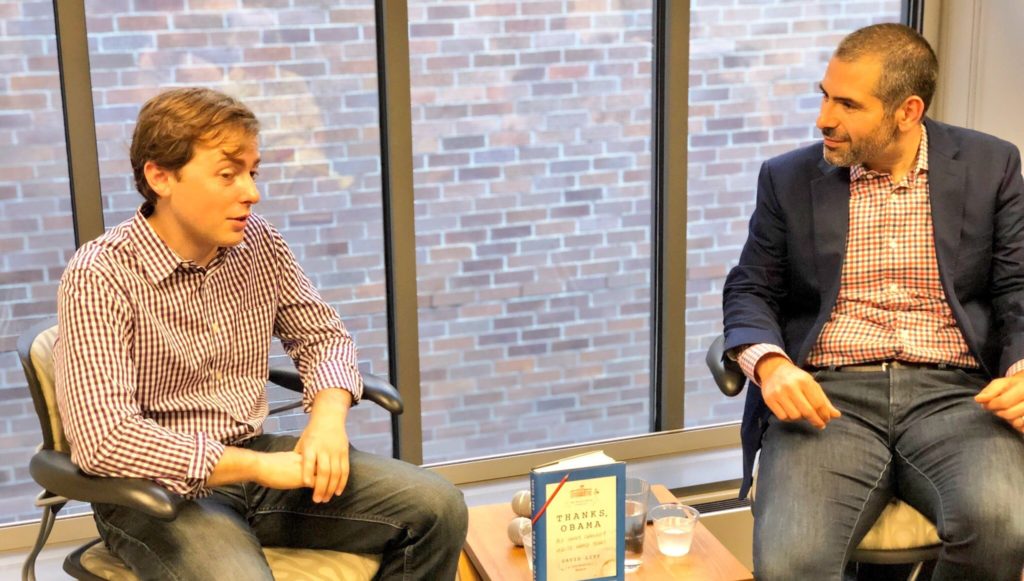 Nearly 70 guests from across sectors packed into the Pulitzer Center for an evening full of humor, political analysis, and first-hand anecdotes about what it is like to work directly with a U.S. president. Litt discussed recent trends in politics including that, up until Trump, each president offered more public speeches than their predecessor. 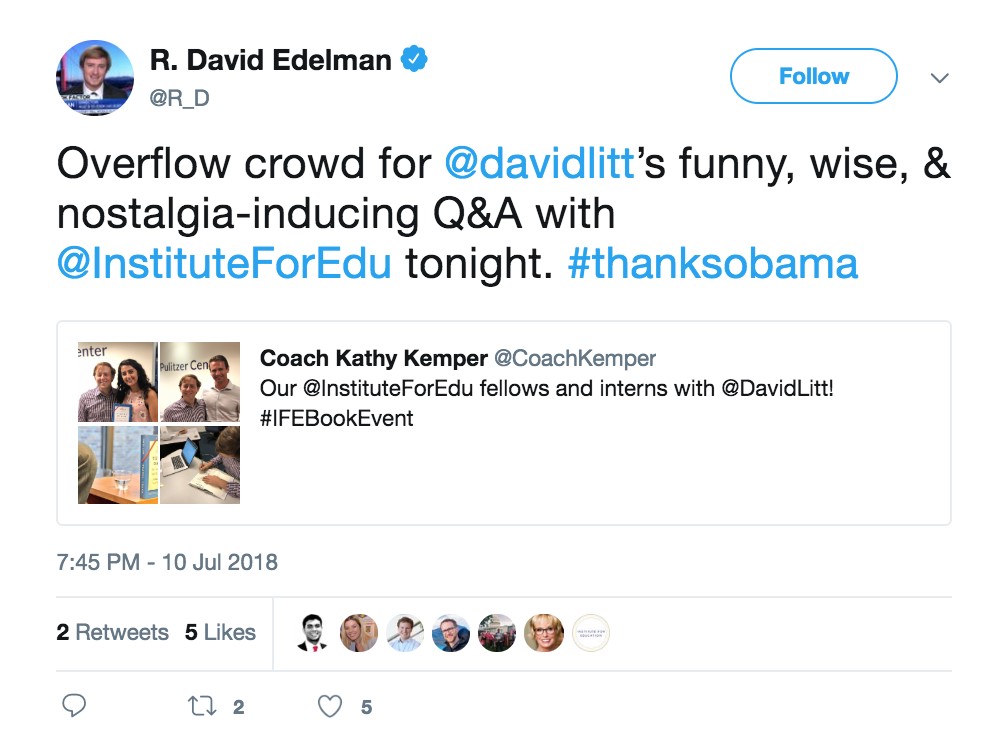 During the Q&A portion of the night, attendees asked a host of insightful question. Friend of IFE Marcel Barbulescu kicked off with a question about the speech-writing process and how it all works! Litt explained that there are many steps — he likes to start with a quick overview of the topic, then meet with the policy team, give the speech to the Chief Speechwriter, next fact-checking, and finally the draft makes it to the president’s desk. Given that timing is essential for funny speeches or jokes, Litt noted often these types of speeches require an extra week or two of practice. Refreshingly, when asked if his experience in government made him more or less cynical about politics in general — Litt was optimistic and noted that his time at the White House made him have a more positive view of public officials.

As the discussion portion of the evening drew to a close, guests enjoyed wine and Mediterranean fare as they waited for Litt to autograph copies of his book!