Tech-in-Gov Salon! As reported in the Hollywood on the Potomac

“One of the most famous tenants staying here was the 27th Vice President of the United States James Sherman working alongside with the US President William Howard Taft at the beginning of the last century,” said H.E. Erzhan Kazykhanov, The Ambassador of Kazakhstan, while opening an evening of Tech-in-Gov Salon “Connecting the Unconnected”  at the residence co-hosted by Kathy Kemper, CEO and Founder of the Institute For Education. “We are delighted to host distinguished speakers and guests for a timely discussion on the connected and the unconnected. The internet and technology revolutionized our world enabling social economic change, internet connectivity’s basic human rights and essential elements of sustainable development goals as it was mentioned by the Secretary General in his speech at the United Nations. Some say that the digital era is turning machines into people. I think that machines cannot replace people but can become partners. Technologists are not about leaving people unemployed but enabling people to do more valuable and important things. My country ranked number 39 in the UN countries for its government development in this. My country is playing a major role in promoting global internet connectivity and we draw from the best experience of our partners around the world.” 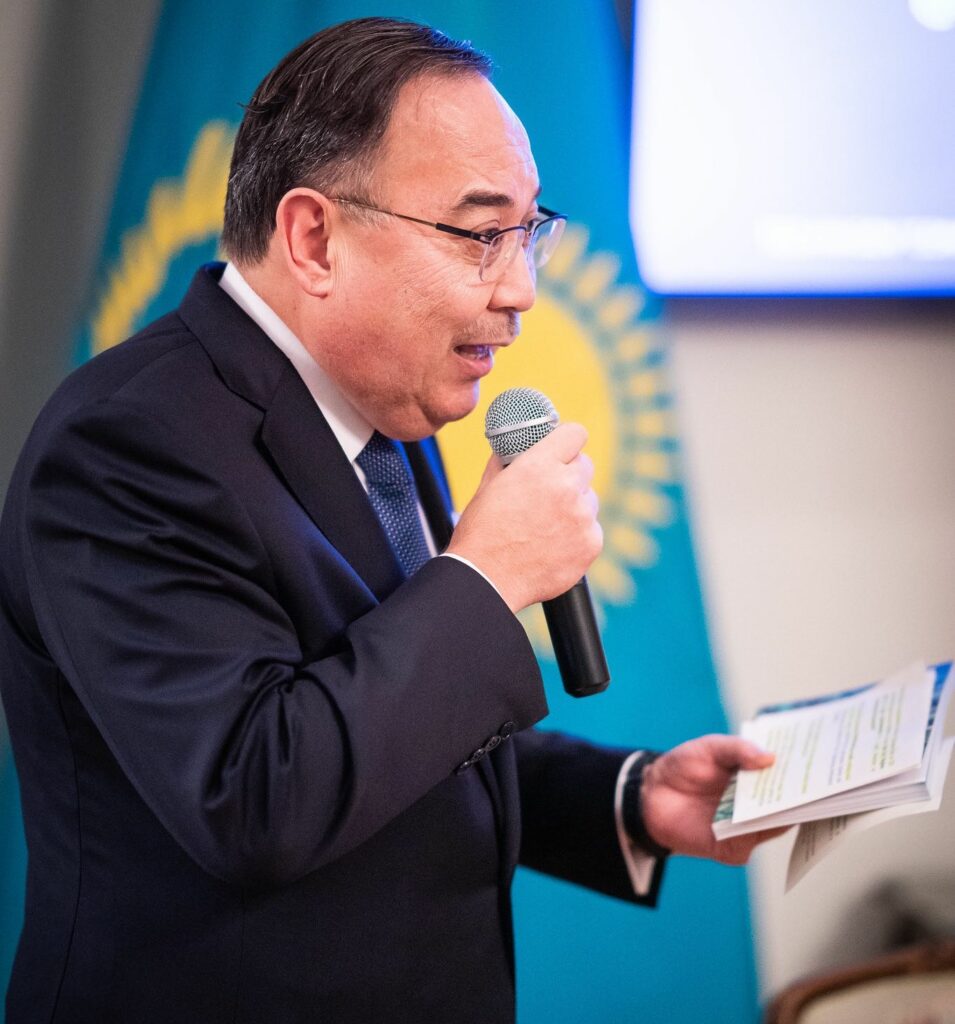 “This is our 29th season of the Institute for Education – over 1200 forums,” said Kathy Kemper. “The IFE mission is to engage the global community to harness the power of data innovation and soft diplomacy. Open, frank and lively dialogue is our mantra.” She introduced John Paul Farmer, Chief Technology Officer of New York City. 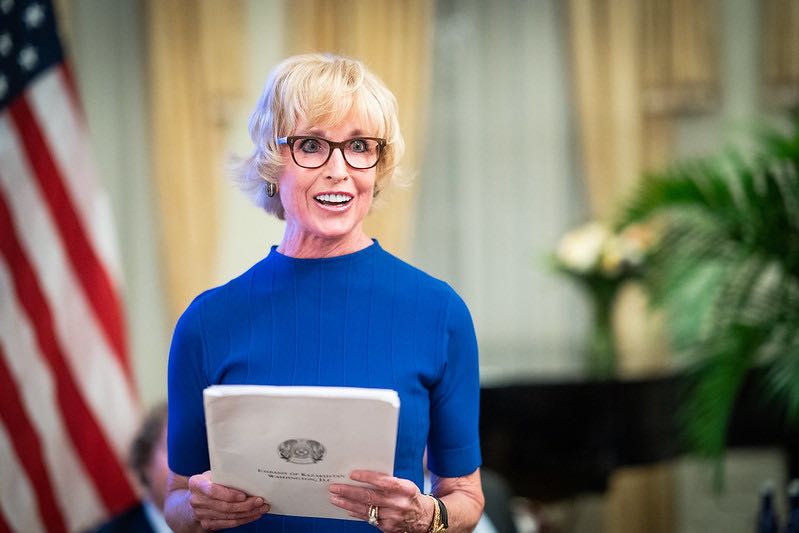 “It’s been amazing to witness what coach talked about, which is this transformation of IFE on its expansion of its mission,” said Farmer. “I’ve been fortunate enough to not just witness it, but to be a part of it. “Some of you know, some of you might not know that she was recently named a tech 25 innovator and disruptor alongside Jeff Bezos among other people (Washington Life). He handed the microphone to moderator Suhas Subramanyan, attorney and policy expert who introduced Megan Smith and Vint Cert, “Co-Founder of the internet.” 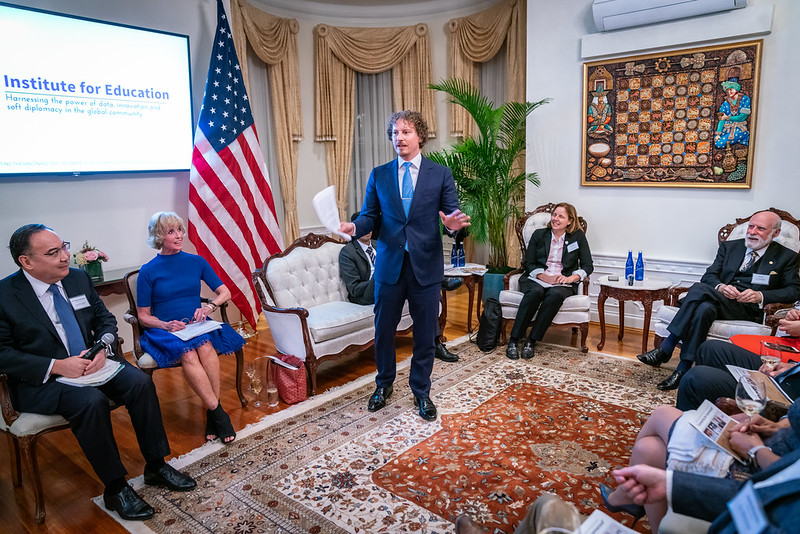 “I am so honored to be on a panel inside and the moderator for two incredible technology pioneers,” said Suhas. “Megan Smith is the current chief tech chief executive officer of Shift7 and in her role she helped guide the Obama administration’s IT policies and initiatives. So what was it like to create back in those days before anyone knew what any of this was and what is it like now? Looking back at that time?” 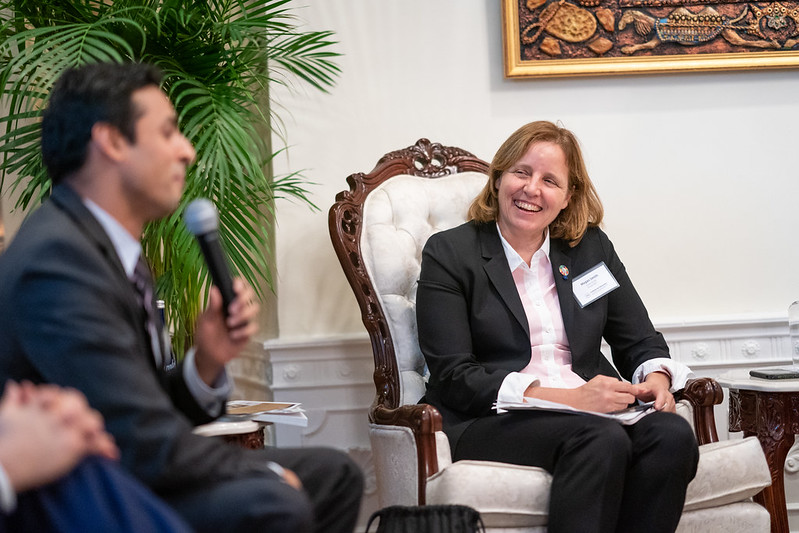 “I was really lucky,” responded Smith,  “so it was a little later, like 89, 90. What happened for us was the team that had built Macintosh with Steve jobs spun out and decided to start focusing on what would come next. Then they felt communications was in the middle and it was a combination of a couple of different people and nobody knew what we were talking about when we started. They’re like, ‘Why would I want that? I don’t want something like that. Why would I want to be connected all the time?’ So part of this experience actually speaks to what we do, which is to get to work on something. I’m a chemical engineer. So touchscreens, LCD is all the things you physically see. We work on something called magic bus. That’s like USB. In the beginning you learn that it might not work the first, maybe even the second, the third of it, but some time out there it starts to work in some form. Maybe it pivots in a different way, but it eventually happens. And that’s really what happened in that the iPhone and the Android come from this little team, you know, and all the integrations that came in. It was an amazing experience. You get to learn through that and then we bring that forward to the next group.” 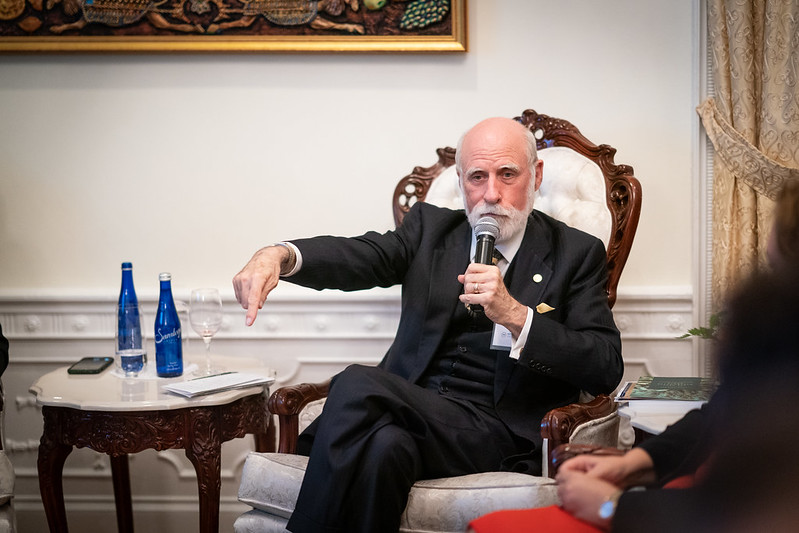 Next up: Vint Cerf, widely known as the co-father of the internet, sharing this title with TCP/IP co-developer Bob Kahn. “It’s very important for you to understand that it’s not just two people,” Cert emphasized.  “On October 29th of this year, we will celebrate the 50th Anniversary of the first connection between two computers. We had international participation very early on so we went through several iterations. This is a comment that we made earlier about failures teaching you. We went through four iterations and by the fourth iteration we realized we needed to split off a protocol, which is now called internet protocol in order to deal with real turning communication. I spent a lot of life running around and saying, ‘This is a good thing. You should try to build it.’ We even went to IBM digital equipment corporation in HP, not to the salespeople product people, but to the research labs. And we say, ‘We’re working on this thing to connect different kinds of networks together. So all these different types of computers can talk to each other that you want to be part of.’ The engineer said, ‘Wow, that’s cool.’ So they implemented it.” 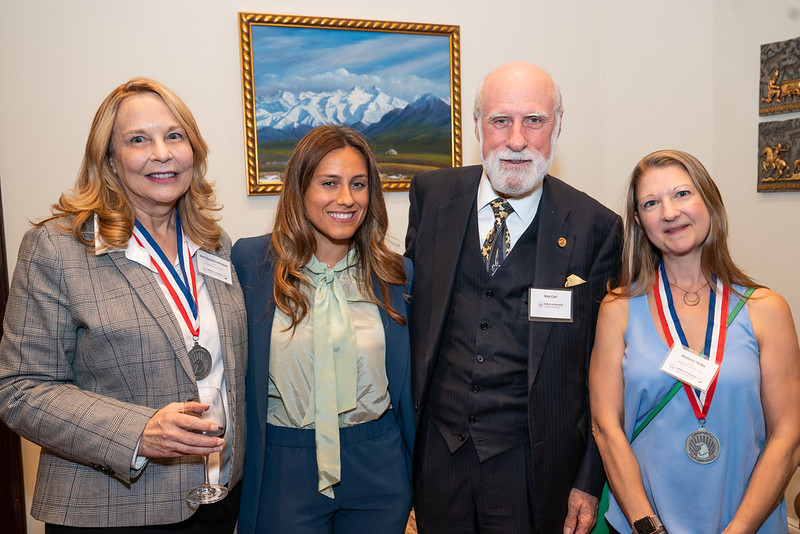 “It’s the first dot com boom,” he added. “Everybody’s throwing money at anything that looks like it has anything to do with internet until April of 2000. And then some of the companies that looked like they had something to do with internet died because they ran out of capital and the CEOs didn’t know the difference between revenue and capital and they were surprised when the capital ran out.  So the biggest surprise for me in this whole story was watching people all around the world putting information into the world wide web, not because they thought they’d get paid for it, but because they thought what they knew might be useful to somebody else. That dynamic is still in place despite all the other economics that you see on the internet. There are still people who are determined to share what they know for other people. We see it at YouTube all the time. So one last point, I watch the millennials and they don’t seem to be using Google anymore and they just go to YouTube. One weekend my wife and I decided we were going to make Chinese eggplant. We didn’t know how to do that. So I thought, well those millennials, they always go to YouTube for stuff. Why not? So we watched about half a dozen of them make an credible Chinese eggplant. So now I am a believer in going to YouTube to find out how do I do X? Somebody has probably taken the time to go tell you how to do X with a nice video. Okay. Sorry. I could go on forever. I won’t.” 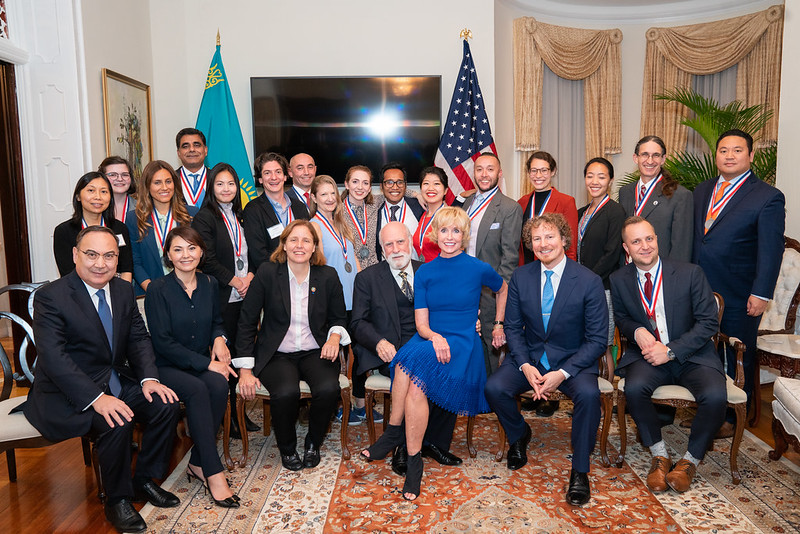 The wrap: Unfortunately, 50% of the world is still not online. It’s hard to find a real world that just thinking about your life without the internet and your day to day without the internet and half the world doesn’t have that. And so this is creating what people call a divide: Those who have and those who don’t have broadband access internet. As connected devices become more important to our lives, that divide grows. That is the theme of tonight: “Connecting the Unconnected.”