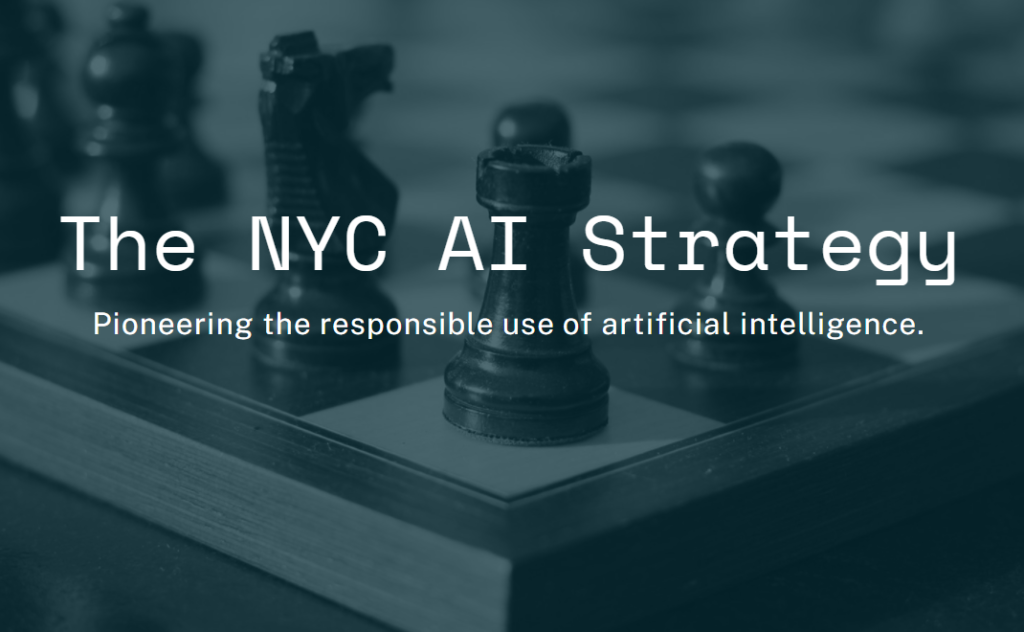 It is not hyperbole to say that AI will change the world.
In fact, AI *is* changing the human experience today, driving sweeping social, economic & tech transformation that affects us all. The NYC AI Strategy will help us pioneer a responsible AI ecosystem in the Big Apple. I'm thrilled to share that New York City has announced the groundbreaking NYC AI Strategy. We are taking a holistic approach -- grounded in the concept of digital rights -- in order to maximize AI’s benefits, minimize harms, and promote its responsible application. Building on the progress we are making through the pioneering NYC Internet Master Plan and the NYC Internet of Things Strategy, this critical work is helping to make the Big Apple future-ready.

John Paul Farmer is the Chief Technology Officer of the City of New York. As NYC CTO, he leads a diverse team in delivering technology policy, programs, and products to better serve New Yorkers and build a more future-ready city. John is also an adjunct professor at Columbia University’s School of International and Public Affairs and a member of the Institute for Education’s Board of Stewards.

Previously, John was Managing Director of Microsoft Cities, based in New York. There, he led a cross-functional team to build partnerships and co-design technology products that make communities more livable, more vibrant, and more equitable. As the Founder & CEO of The Innovation Project, John spread innovation best practices worldwide. His work has been featured in Fortune, Forbes, Fast Company, WIRED, the Washington Post, TechCrunch, and the Harvard Business Review.

John served as the Senior Advisor for Innovation at the White House under President Barack Obama, where he co-founded and led the Presidential Innovation Fellows program to attract top private sector change-makers for focused tours of duty in government. Prior to the U.S. government, John built new business units in the private sector. He played professional baseball in the minor league systems of the Atlanta Braves and Los Angeles Dodgers.