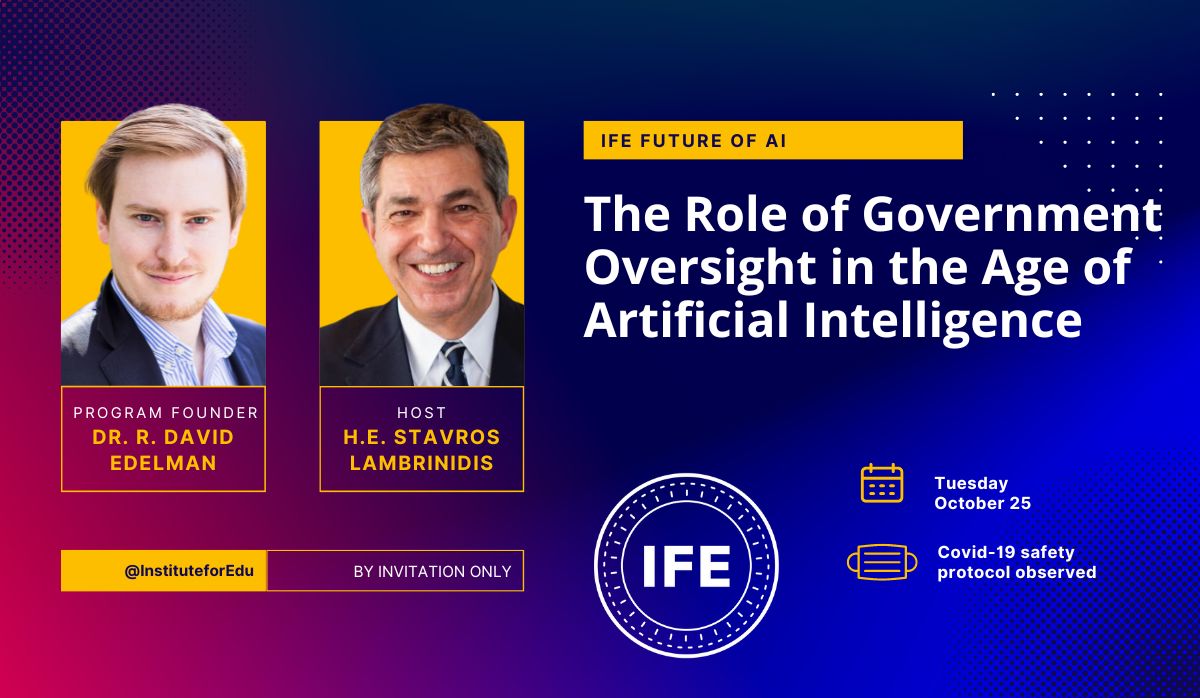 The Institute for Education will co-host a Future of AI dinner with IFE Diplomatic Steward for AI, H.E. Stavros Lambrinidis (EU Ambassador to the U.S.), and the program’s founder Dr. R. David Edelman. The dinner will be held at the Ambassador’s residence with Coach Kathy Kemper.  The discussion will be “The Role of Government Oversight in the Age of Artificial Intelligence.”

Fourth, in a series of events hosted by Ambassador Lambrinidis, IFE Diplomatic Steward for Artificial Intelligence. AI presents three major areas of ethical concern for society: privacy and surveillance, bias and discrimination, and perhaps the most resounding, most difficult philosophical question of the era, the role of human judgment. Join us as we discuss the role of government in guiding companies on how to do “ethical AI.”

By invitation only. CDC Covid precautions will be observed.