Andrei Iancu, Under Secretary of Commerce for Intellectual Property and Director of the U.S. Patent and Trademark Office, hosted a lunch with diplomats and leadership from the Institute for Education at USPTO headquarters in Alexandria, Virginia.

These members of IFE’s Diplomatic leadership gathered over boxed lunches and conversation that covered current issues in IP, from patents and trademarks to the significant challenges of infringement that U.S. and global companies face in today’s changing digital environment.

Participants noted that Under Secretary Iancu serves in a role that is among the most storied and distinguished in the U.S. government, with Thomas Jefferson once serving as the nation’s Patent Office director, and the United States’ first patent in 1790 for fertilizer signed by President George Washington himself.

Also discussed was the key role that the USPTO and the American innovation community can play in encouraging a more diverse set of inventors and business leaders in and around science, technology, and engineering — all vital to the future of the global economy.

The discussion concluded with some of the new challenges the USPTO and counterparts around the world will face, with the advent of ever-expanding universe of artificial intelligence systems and new innovations in biology and medicine — including from many countries that have historically had only small numbers of applications for U.S. IP protection. 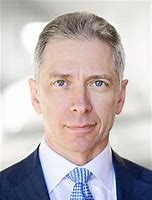 ABOUT OUR HOST: The Hon. Andrei Iancu

In his role as the Under Secretary of Commerce for Intellectual Property and Director of the United States Patent and Trademark Office (USPTO), Andrei Iancu provides leadership and oversight to one of the largest intellectual property offices in the world, with more than 12,000 employees and an annual budget of over $3 billion. He also serves as the principal advisor to the Secretary of Commerce on domestic and international intellectual property policy matters. Prior to joining the USPTO, Mr. Iancu was the Managing Partner at Irell & Manella LLP, where his practice focused on intellectual property litigation. Mr. Iancu appeared in a variety of high-profile matters in front of the USPTO, U.S. district courts, the Court of Appeals for the Federal Circuit, and the U.S. International Trade Commission. He has represented clients across the technical and scientific spectra, including those associated with medical devices, genetic testing, therapeutics, the internet, telephony, TV broadcasting, video game systems, and computer peripherals. @USPTO