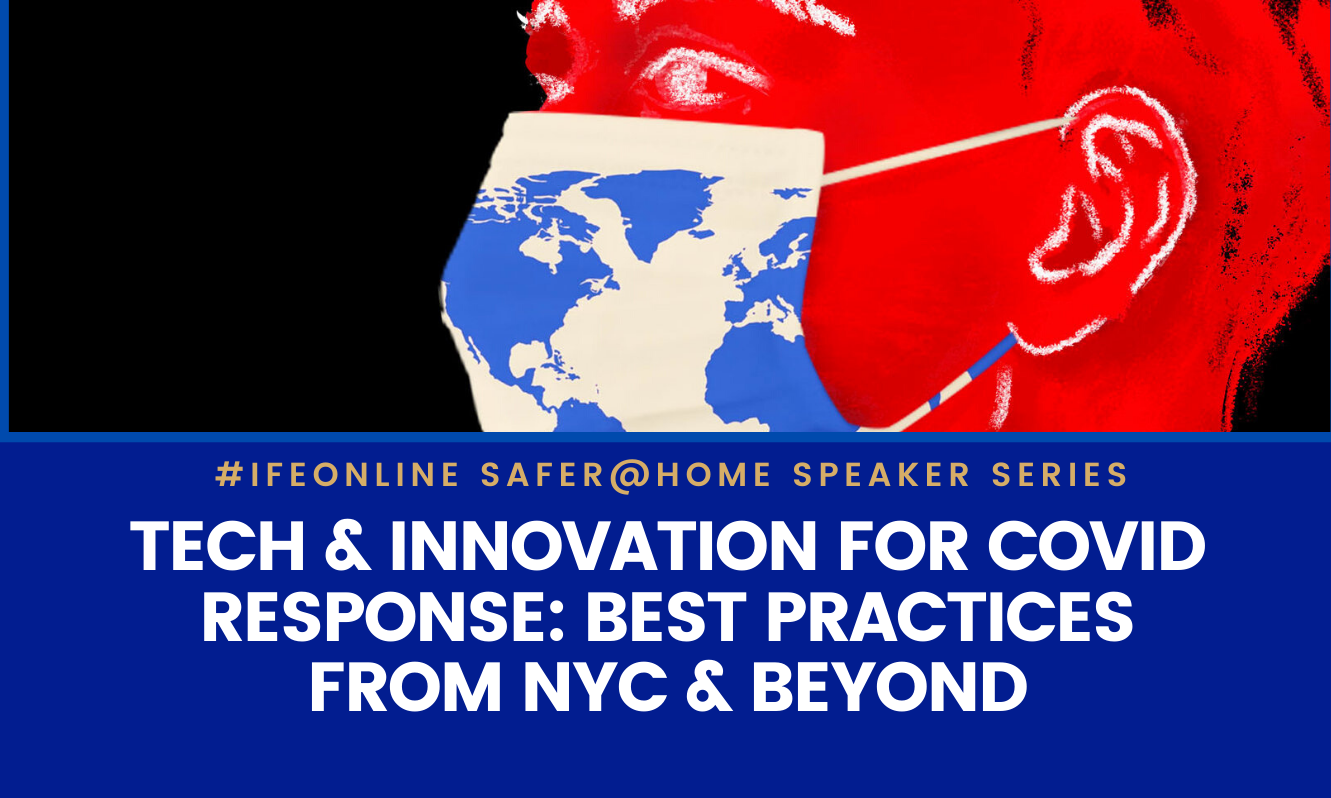 IFE will host a live interview on Tech & Innovation for COVID Response: Best Practices from New York City & Beyond with IFE Steward John Paul Farmer, Chief Technology Officer of New York City. Matt Lira, Special Assistant to the President for Innovation Policy and Initiatives in the White House Office of American Innovation will moderate the conversation. Introductions will be made by Todd Park, 2nd Chief Technology Officer of the United States. In addition to remarks by Mr. Farmer and Mr. Lira, the session will include an interactive Q&A session moderated by Coach Kemper. Harvard educated and with a lengthy technology career, Farmer came to the role with a considerable history in the city. Having spent years at Microsoft’s New York City office, Farmer has practice building out programs and partnerships between Microsoft and public agencies. Between 2010 and 2014, Farmer also worked as the senior adviser for innovation in the Obama White House’s Office of Science and Technology Policy. There, among other things, Farmer created and helped to lead the Presidential Innovation Fellows, which gives a select group of young people opportunities to work on innovative projects for large federal agencies. In 2019 Farmer received the IFE Distinguished Service Award which was presented by former United States Chief Technology Officers Todd Park and Megan Smith with Coach Kemper.